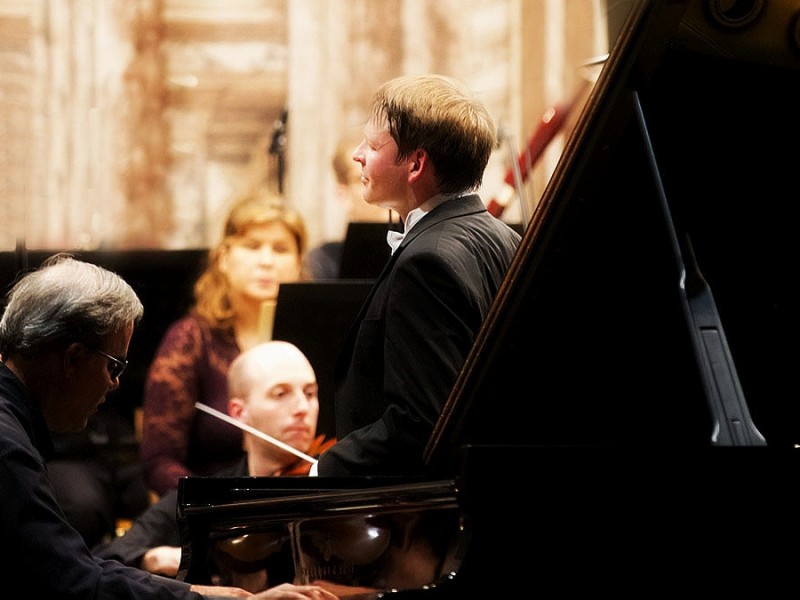 In the home of Joseph Haydn

While I take a selfie with the statue of Joseph Haydn, the Budapest Strings under conductor Gábor Káli have begun rehearsing for the final concert of Balaton Summer Festival on one but the last day of summer. Report from Fertőd.

The program of course features Haydn, who worked in the Esterházy Palace from 1766, and was also the conductor of the Marionette Theatre in 1773. The person in the audience held in the highest esteem then was the Empress Maria Theresa. Today music is no longer a privilege of the nobility, it belongs to everyone and admission to this concert is free as it has been to all the other performances of Balaton Summer Festival.

The programme began with music by Haydn, the “Sturm und Drang” style overture of The Uninhabited Island, an opera that was first performed here, at Eszterháza in 1779. Although the piece is a product of musical classicism, the pre-romantic movement has its clear mark on its tone: this is exciting, stormy, fiery music, offering surprise after surprise in the inspired and animated performance of the Budapest Strings. 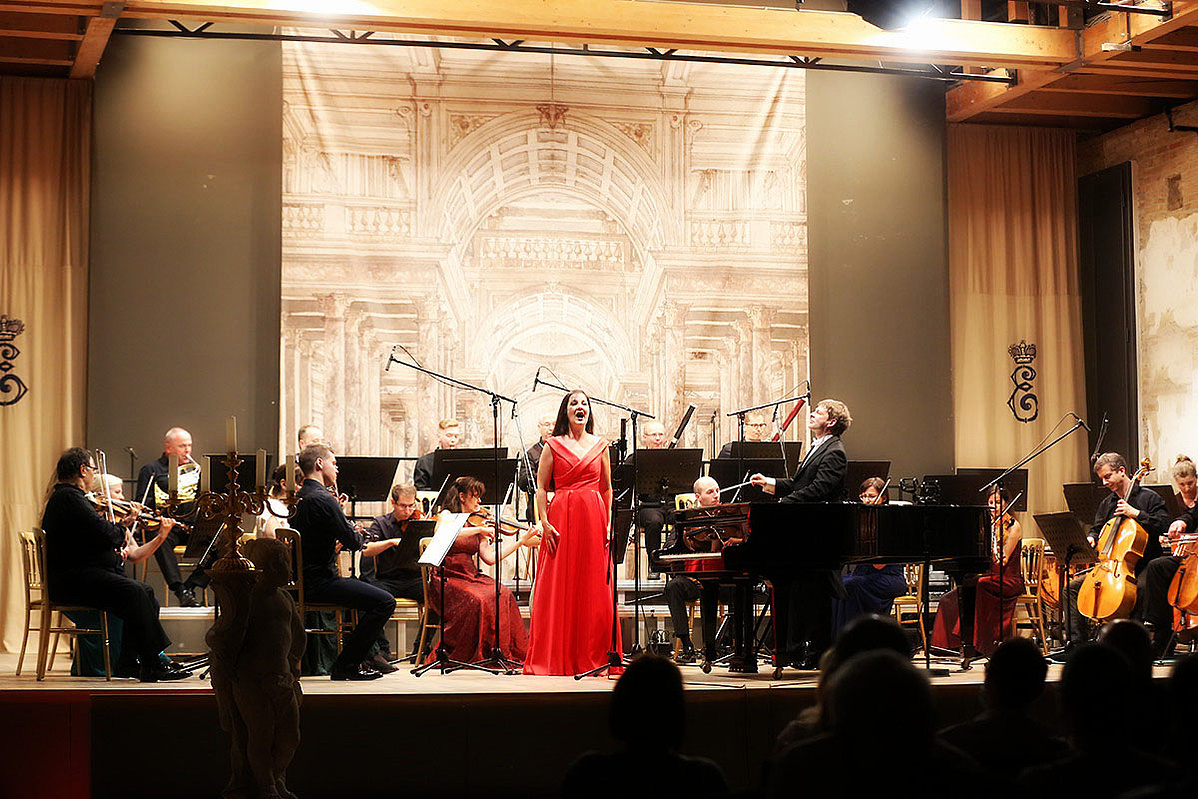 The lyrical concert aria about a laughing Spring (Schon lacht dedr holde Frühling, K.580) by Mozart was heard with a solo by Csilla Csővári. It is no secret that the soprano who has been singing on German operatic stages for the past few years is the wife of conductor Káli.

“Hers is the kind of light, clear-ringing voice that is so essential for such a bright Mozart aria”

And to offer a bravado for the final bars, she sang the highest D without the slightest effort. 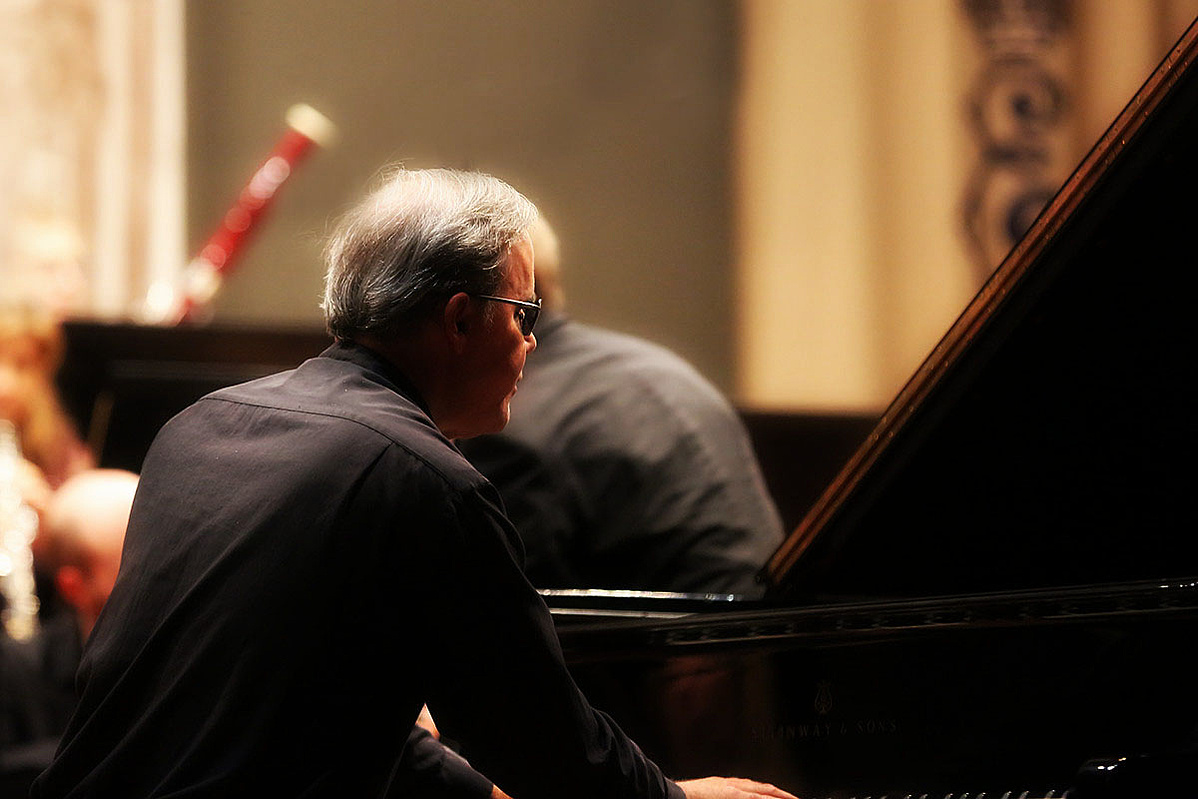 The highlight of the program was Beethoven’s Piano Concerto No.3. with the host of the night, Tamás Érdi as soloist. When this concerto in C minor was composed and performed by Beethoven himself in 1804, it was widely compared to Mozart’s concertos. Beethoven himself was a great admirer of Mozart and happened to hold in especially high esteem this particular piano concerto, the K.491, in C minor.

Tamás Érdi emphasised the lyrical quality of the piece, we heard a clear, deeply musical performance that involves you and carries you along the from the very first sound.There was exceptional tenderness in the recap phase of the first movement followed seamlessly by the modulation in C minor, while the challenging runs of the cadence conjured up what were almost impressionist associations. Major distances on the manual are supposed to be more difficult for Érdi than they would be for a performer with eyesight, but not a trace of that was apparent here. However, his emphases differed from what I heard in many other interpretations. Some of his phrases expressed more feeling, the sounds held magic and by that the concerto appeared in a new light. In the final, rondo movement, the choice of tempo was extremely fortunate:

here the soloist wanted to enchant his listeners with beautifully formed sounds instead of speed. 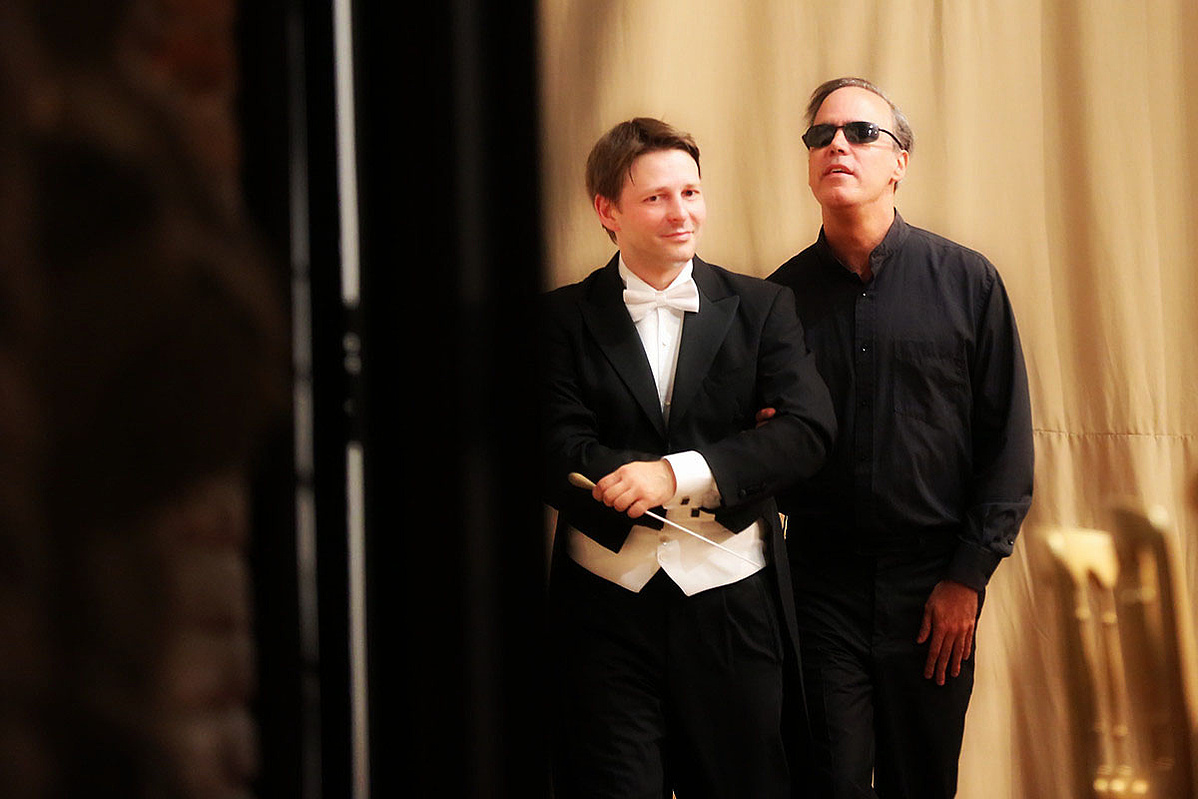 I must not leave it unmentioned that the Budapest Springs produced a wonderful sound throughout the night. The sensitivity for subtleties of the first violin section is the heart and soul of the orchestra (first violin: Mátyás Németh) and I think the conductor, Gábor Káli was also largely responsible for the beauty of the sound. The truth of what Mr. Káli said in an earlier interview was obvious alredy at the rehearsal. He said, “For each bar you have to find the adequate movement, as each bar has its own music.” And that is exactly how he conducts, extremely expressively, translating the language of music to a diversity of gestures and movements. Fortunately he is not the kind of conductor who would go by the principle associated with Richard Strauss (“The audience should be sweating and not the conductor.”) He is even ready to make faces when he feels a phrase in the score calls for humor. It is also obvious that he has his own ideas about each sound and spares no effort to bring about a joyful performance. My experience at the rehearsal also showed that this is a conductor who treats the orchestra with respect, always emphasising whatever he likes or what he is satisfied with. I only hope we can welcome him more often on the concert podium.

The concert was wound up with Csilla Csővári and Tamás Érdi performing A csitári hegyek alatt (Under the Mountains of Csitár) in Zoltán Kodály’s arrangement. And with that the longest, 45 concert classical music festival of the summer came to an end. A most worthy, beautiful conclusion.